Dashwood / About
We are proud of our past and optimistic about our future as we continue to write the story of Dashwood innovation, quality, selection, service and value. 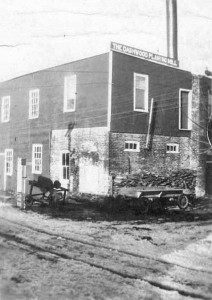 1928Dashwood Industries is a locally-owned business that manufactures products in the same region near Dashwood, Ontario where the company was founded in 1928. As the family operation known as the Dashwood Planing Mill, it realized success providing lumber for new homes throughout the region.

1930In the 1930s the offering was expanded to include millwork packages of components for windows, doors and related trim. This was a time when these items were actually assembled on site for each home from separate pieces of glass and wood. 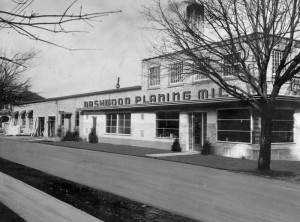 1939After a fire destroyed the mill in 1939, a new plant was built and the company continued to grow into lumber and building material markets. In the late 1940s Dashwood introduced its first pre-fit and pre-assembled windows, a product line that became the main focus of the company by the end of the 1950s.

Dashwood moved to its current location near Centralia, Ontario in 1964 and, in the following years, the company name was changed to Dashwood Industries. Windows and Doors remained the focus of the business as it grew on a national scale.

1987In 1987 the founding family sold Dashwood to an American based building products organization and it continued to manufacture windows and doors for Canadian and International markets.

2010In December, 2010, Dashwood once again became an independently owned and operated company when it was purchased from the American corporation by a group of Dashwood managers. The company has come full circle and has returned to the original focus of providing high quality windows and doors to regional markets.